The Year of the Serpent

I am so sorry for the almost year-long delay in posts, but I was so busy with so many exciting and wonderful projects!  The coming posts on all the news will be well worth the wait, I promise!


For my first post this year, I wanted to tell you all about my début fashion show of my eponymous womenswear line, Corinne Monique, during New York Fashion Week this past February!  Thanks to some wonderful sponsors, friends, and family, and to Rogues Gallery Presents, run by the extremely talented Ron Cooke, who put on the Emerging Designer Showcase, I was able to live the dream.  It truly still feels like it might have all been just a fabulous dream and I keep having to pinch myself to remind me that the experience was real!  I was the only Canadian designer invited to show & I actually ended up closing the Showcase, which was such an honour as the other designers I showed with, Urban Masala by Sehar Peerzada, Willie Hall, Mikasa La Charles, Diane Linston, 7T7 by Tarique Tabani, and Brehon Williams, were all amazingly talented.

My Fall/Winter 2013 collection, entitled ‘The Year of the Serpent,’ was inspired by a sense of wanderlust surrounding the exoticism of the Far East and is a modern take on the Orientalism of bygone eras.  The decadent and dramatic, yet controlled collection examines the symbolism of the poisonous serpent, a mythological creature familiar to all cultures, and often a symbol of female power.  The Orient of my mind encompassed Asian locales including China, Japan, Tibet, Russia, Mongolia, Iran, Indochina, and India, with a few non-Eastern influences thrown in from other sunny faraway cultures, such as Argentina, Spain, Peru, and Mexico.  Here are a few photos of my mood/inspiration board, fabrics, including hand-felted silk, and my sketches: 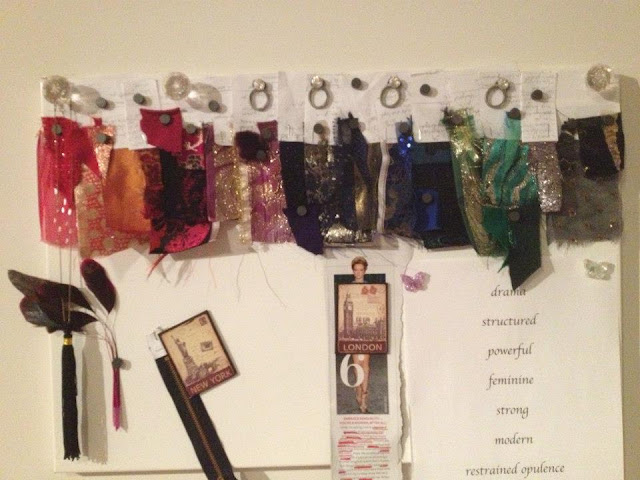 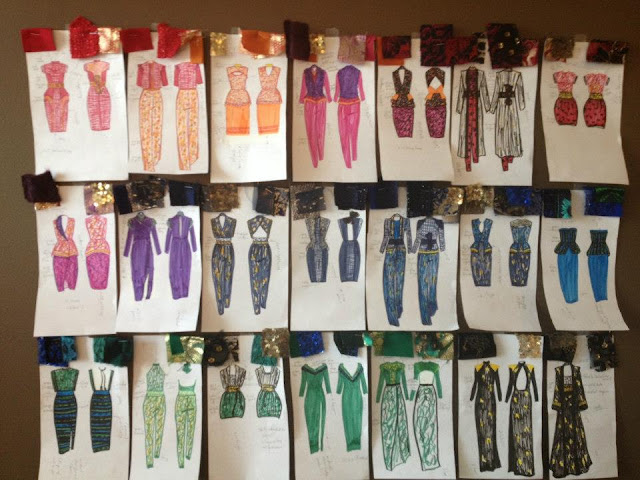 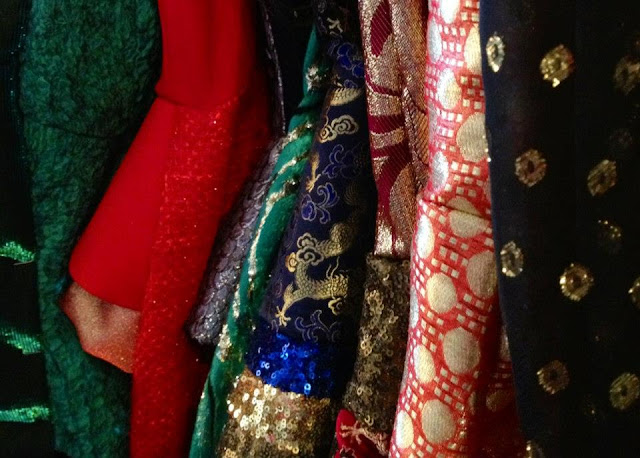 The collection was envisioned for a global warrior-empress of the future.  I was inspired by everything from high fashion editorials based on the Far East and Nomadic cultures to the Terracotta Warriors of Ancient China, from foreign films such as "Memoirs of a Geisha," "Crouching Tiger, Hidden Dragon," "House of Flying Daggers," "Hero," "Curse of the Golden Flower," "Monsoon Wedding," and "Baran," to the latest James Bond Movie, Skyfall, to Old Hollywood films, such as "The Big Sleep,"where Orientalism featured strongly in the settings and costumes of the film. 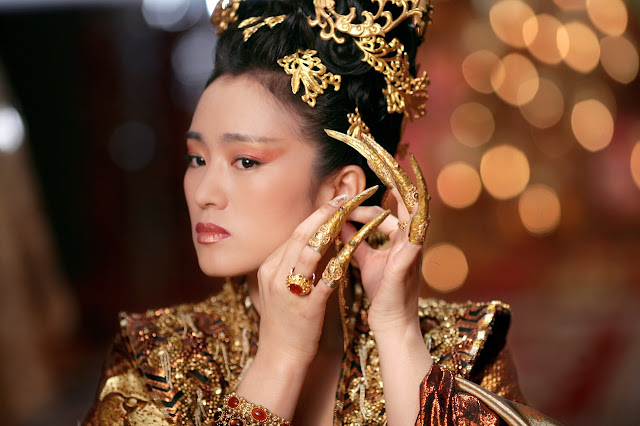 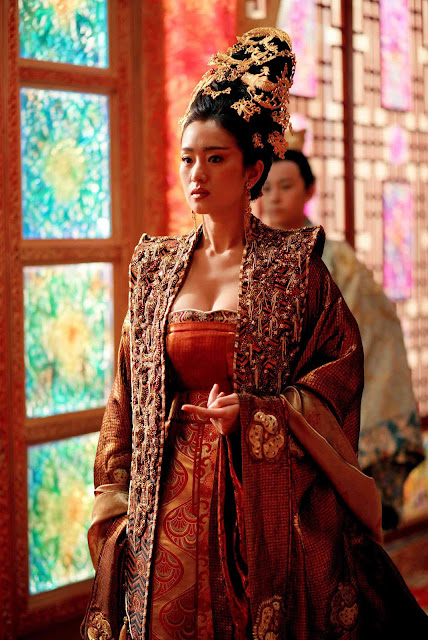 I was also inspired by ethnic or Eastern-inspired music, such as Rihanna's "Princess of China," which was one of the songs I chose for my runway show, along with Grace Jones' "I Have Seen That Face Before (Libertango)," Gotan Project's "Santa Maria," and Britney Spears' "Toxic."


Elements of Asian dress, such as the kimono, obi, Mandarin collar, and tunic, are also hinted at in the collection.  Folkloric images are conjured up through the use of opulent finishes and sensual textures, such a brocades, silks, wools, velvets, and laces in seductive colours of crimson, persimmon, ruby, fuchsia, ultramarine, midnight, cobalt, malachite, onyx, gold, and the colour of 2013, emerald.  Cloaked in mystery, majesty and a hint of danger, each gilded piece combines the techniques of haute couture methods I learned while studying in Paris, France, with ready-to-wear ease.  I wanted to use print and shine as the base to my palette, having it become the background, rather than the accent.  The pieces are dressy, as I'm kind of a cocktail queen, but I've worn a few of them throughout the day as well, changing my shoes and accessories when it's time to go out for the night.

The day of the show actually ended up being on Chinese New Year, which I didn’t realize until later that day and is a pretty amazing coincidence.  It was also really interesting that almost all the other designers at the Showcase had at least one piece with a snakeskin print in it.

Here are some backstage sneak peeks! 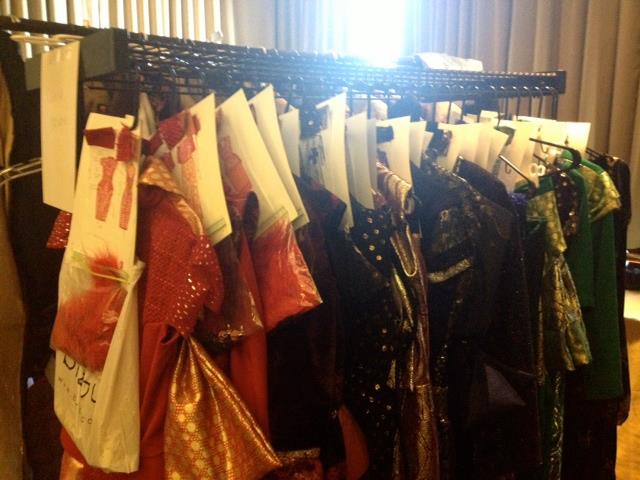 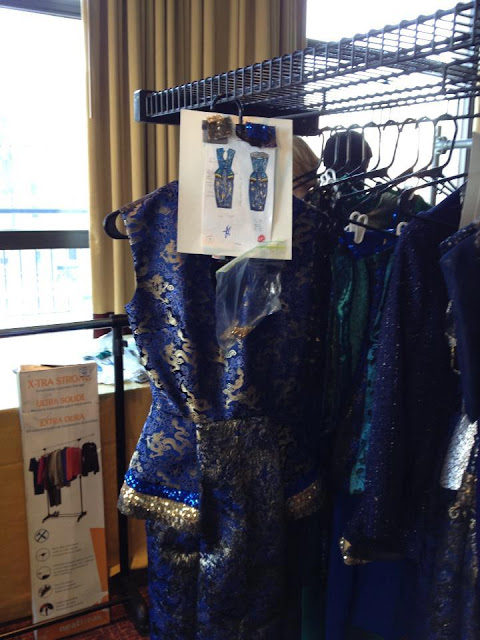 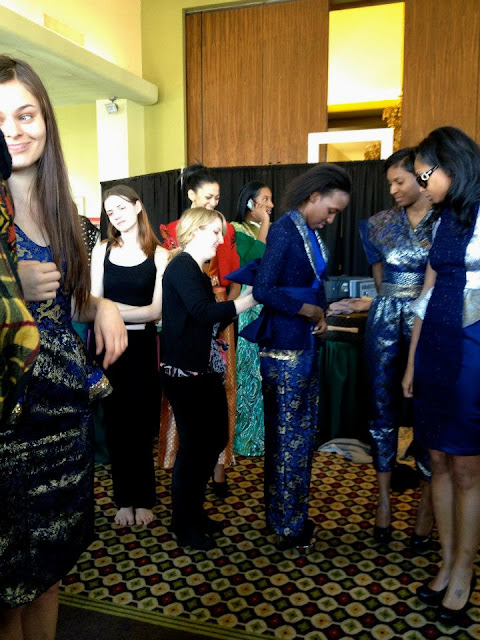 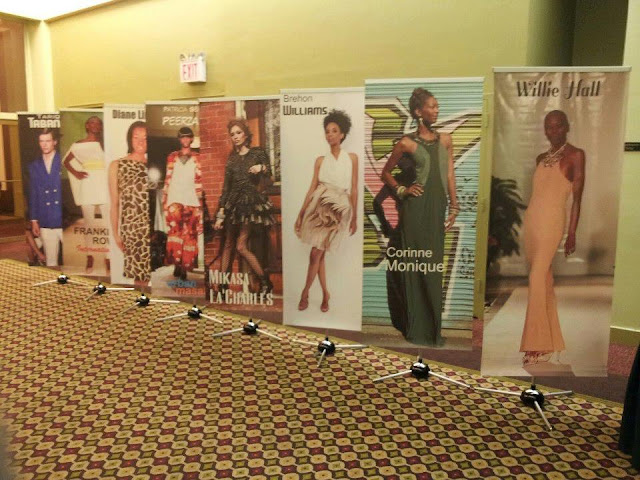 Here is a video of my runway presentation, followed by photos of all 21 pieces of the collection.  My fiercely gorgeous models, including my dear friend, Jeanette "Cookie" Dabney, really strutted their stuff!


Since the show, I've been lucky enough to have a lot of attention from the press - both here in Canada from the Montreal Gazette and Edmonton Journal and in the USA from many bloggers, newspapers, and magazines, including Desirable Magazine (Issue #11)!  I cannot tell you how exciting and rewarding it is to pick up a magazine and actually see your designs in it!! 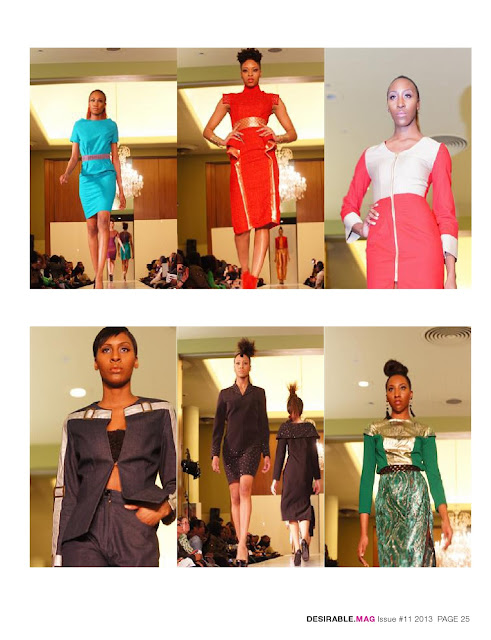 My collection was also featured in a music video - how cool is that??!!


You can hear me briefly talk about my collection immediately after the runway show ended here (I'm around 9:25, but I love what Ron Cooke has to say about the RGP show as well :)

I've set up a Corinne Monique Facebook page dedicated to the launch of the line and will have a new website up shortly to replace my online portfolio.  I will try my best to keep this blog updated with the latest news about my line, including a photoshoot for a magazine coming up very soon!  But if you want to follow the line more closely, you can always check Facebook for the latest news or contact me directly for information about the line including orders, photoshoots, interviews, collaborations, upcoming runway shows, etc :)

So excited to be back blogging and able to continue to share my journey with you!  More posts coming up real sooon!

PPS  quick update on the 'Year of the Serpent' collection - I'm showing at Tobago Fashion Week & you can help!  PLEASE click, read, and share XO

Posted with love by Corinne Monique at 4:44 PM