I hope you were all able to take in some fashion shows this past season, or at least got to flip/click through photos of the shows :)

Here's some of what I was busy doing last month at the gorgeous Eastern-inspired Greta Constantine Fall/Winter 2011 show... 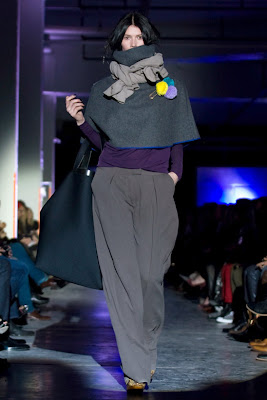 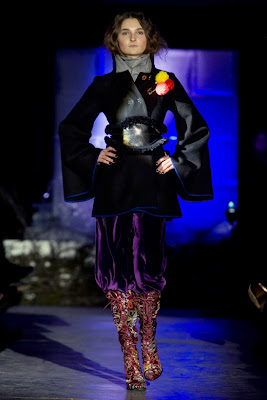 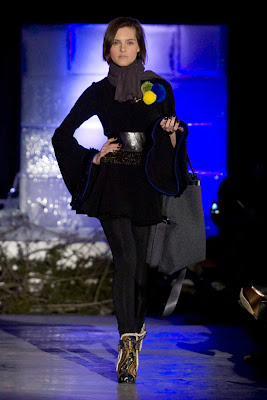 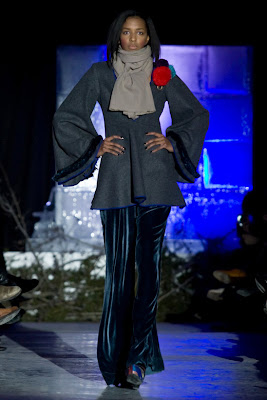 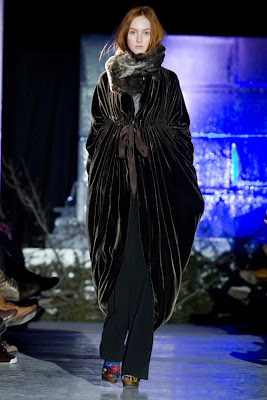 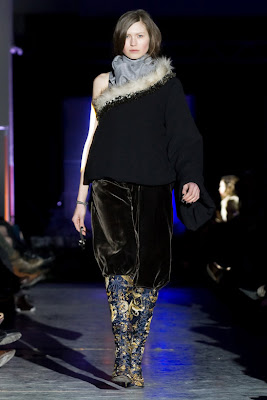 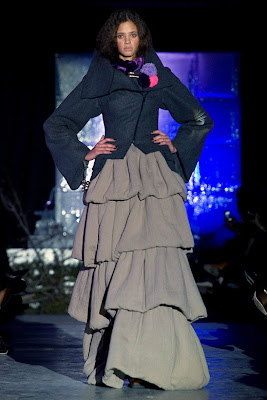 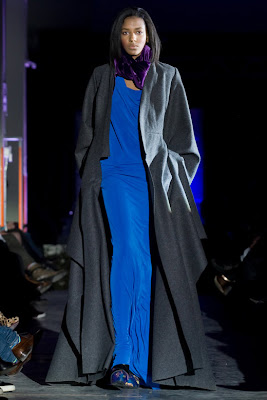 Besides Greta Constantine, my overall favourite shows during the Fall/Winter ready-to-wear 2011 season were (unsurprisingly) Dries Van Noten, Erdem, Lanvin, Bottega Veneta, and (surprisingly) Marc by Marc Jacobs and Proenza Schouler.  Haider Ackermann, Etro, and Hussein Chalayan also peaked my interest with their takes on the season.  Although I liked pieces from a couple of my usual favs, Prada, Stella McCartney, and Yves Saint Laurent, I wasn't in love with the whole collection...maybe it just wasn't my thing this season?  Here are some of my favourite looks (all images via: Style.com):


This season there was a mixture of trends going on.  Besides the continued '60s/mod and '70s vibe of many of the collections (plus a couple '80s-lovers hanging on), there were some other revivals going on.

The first was a strong Art Nouveau/Orientalism/Art Deco revival.  This look includes shapes, colours, and patterns from just before the 1900s stretching all the way into the glamorous 1940s, with its silver screen sirens and film noir femme fatales.  Even collections that were geared more towards a '60s/'70s look could be traced back to the styles of the '20s and '30s.  We've seen this influence before many times in fashion, most recently Marc Jacobs' Louis Vuitton Spring/Summer 2011 collection (who has played with the theme before in his eponymous Fall/Winter 2007 collection), Giorgio Armani's Spring/Summer 2011 collection, and Roberto Cavalli's Pre-Fall 2011 collection.

Shifty prints resembled Art Nouveau stained glass (think Tiffany's glass) or Klimt paintings.  Other prints were stylized florals or geometric patterns (reworked in the 1960s by the House of Liberty).  Luxe fabrics, including velvets, fur, lace, sheers, and in some cases feathers, lent a rich opulence to the looks.  A combination of lightweight and heavyweight fabrics was also apparent, which was interesting and somehow glamorous for cold-weather dressing.  Metallics assisted streamlined shapes in achieving an industrial sleekness.  Dropped waists and lavish beading suggested a roaring twenties flapper look.  Menswear influences also hinted at bygone eras of scandalous gender bending.  There was still a global influence on fashion, as with last year's collections, but this season's exoticism tended more specifically towards the East, or the Orient, as it had in the Art Nouveau and Art Deco eras.

(All subsequent images via: Style.com, unless otherwise noted.) 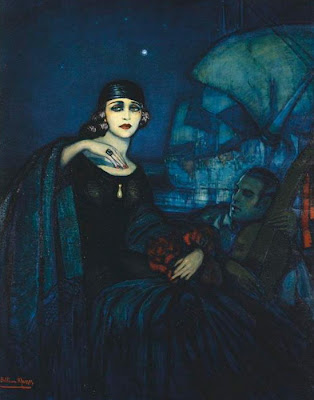 The second fashion revival this season was a Hitchcock Heroine look, most notably showcased by Donna Karan, but echoed by Jean Paul Gaultier, Bottega Veneta, and others.  This season's 1950s/early 1960s look was more polished, sophisticated, and subdued than the 1950s looks of the Fall/Winter 2010 collections.  It was also more aloof, mysterious, and demure than the overtly sultry 1940s-inspired collections of this season (Gucci) or past seasons (Jean Paul Gaultier Couture Fall 2010, Dior Spring/Summer 2010), more akin to Lanvin's Fall/Winter 2009 1940s-inspired collection, which also had a Hitchcockian, aristocratic air about it.


I know these themes have been done before, but can't that also mean they're tried and true?  Perhaps some collections were more 'done' than others, but I'm kind of excited about these revivals because they're revisiting some of my favourite style eras!  Are you excited??!

xoxo
Posted with love by Corinne Monique at 12:00 PM